Your Body is a Beautiful Story – Wilmington, NC Boudoir 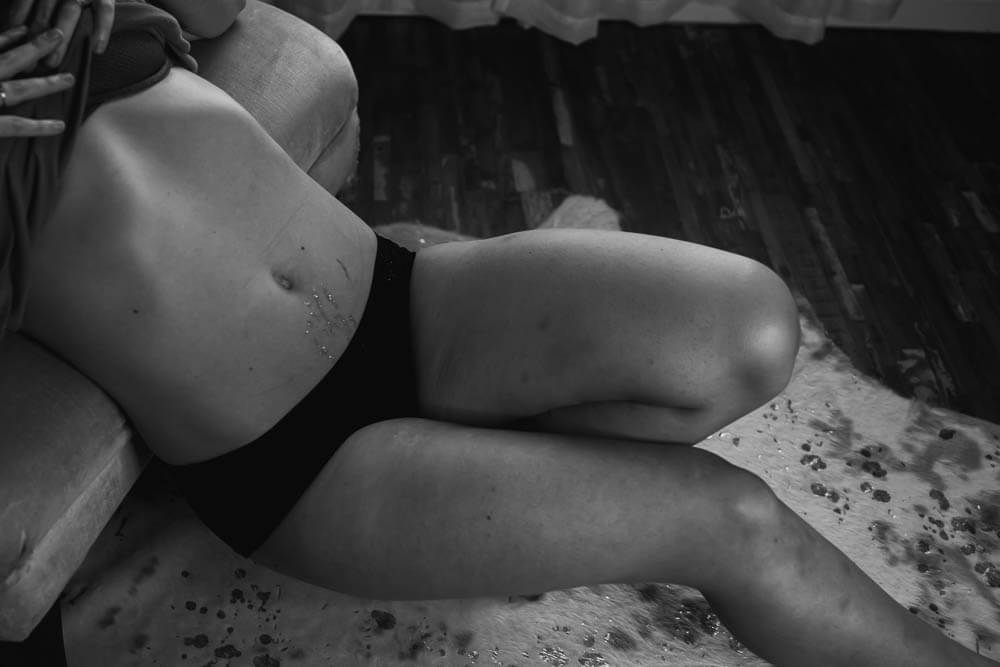 My body serves as several reminders and stories of my journey. Not all of them are good. But they are important.

One of the stories my body tells is the heartbreak of losing a pregnancy. It’s a big, puffy scar on my inner left calf, and I see it constantly. The reason why that calf scar is connected to my miscarriage is random and terrible, but I can’t change it. And it’s now part of me.

In 2015, about one year after Pete and I were married, he and I went to Ireland together for our first European trip. Near the end of our trip, while we were staying in Dublin, I was feeling pretty terrible in the mornings. I thought I was just exhausted, but on the third morning in a row that I couldn’t eat breakfast (a very rare occurrence for me), it finally clicked. We walked to a drug store and picked up a pregnancy test, and right there in a hotel room in Ireland, we found out that I was pregnant.

It was a completely surreal thing to discover abroad, but I was so elated that I didn’t even mind missing out on my Guinness pint at the top of the Storehouse after our tour. We returned to the U.S. a couple days later and I got on my doctor’s calendar for my first appointment.

We had just moved into a new house prior to leaving for this trip. When we returned home, we still had unpacking to do. My sister was in town visiting us, and I decided that I couldn’t sit still after we were done eating dinner when there was still so much to do, so I went into the garage to start bringing some boxes up to the second floor.

In my typical unnecessary rush and urgency, I caught my slipper on a filing cabinet drawer while reaching for something. I went down, hard, on the cement floor of the garage, impaling my leg with the metal frame as I fell. It truly felt like it happened in slow motion – I distinctly remember making eye contact with my sister through the garage door as I was falling and saw the panic on her face.

I was in shock as a laid there; the impact of the garage floor hurt so badly that the gash in my calf didn’t even phase me. My husband and sister rushed out to help me inside and clean up my leg. They both told me that I probably should get stitches, but I refused to go to the hospital. I really dislike going for any reason and couldn’t be bothered with the long night that would surely be ahead of me there. So I had my sister put a bandaid on the wound and told myself it would fine. The gash eventually healed over (in a much more dramatic way than if I had just gone to get the damn stitches, I should add!).

Fast-forward about 3 weeks and Pete and I went for our first ultrasound appointment. We were giddy with excitement. The technician was quiet during the exam but never having had an ultrasound before, I had no idea what to expect. After a few minutes, she told me to sit up and I heard her say, “I’m sorry. There is no heartbeat.” I don’t believe that there is any way that you can prepare yourself for that moment.

There is no way to know whether my fall in the garage that evening had any impact on the pregnancy, but every time I see that scar on my leg, I feel guilt. I will always link it to the emotions I feel about that day, and the baby we would never meet.

Now, we have an amazing, beautiful son. We would not have this son if we had our first baby. So although it was some of the worst emotional pain I’ve ever experienced, I remind myself that Avett was meant to be ours. And I would take that fall in the garage for him over and over again for the rest of my life. So do I feel guilt when I see the scar on my calf? Yes. But I have also come to feel gratitude.

What stories does your body tell?